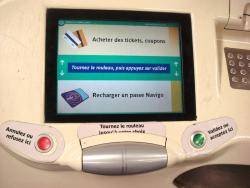 The economic crisis made ourselves reflect on how we could go so far in the excesses in the economy. Almost all economies have not escaped recession, and almost all have questioned with more or less severity their models of economic governance: the Anglo-Saxon system characterized by its liberalism, the more interventionist continental European, the Nordics based on a welfare state, authoritarian state capitalism practiced in Asia…

However, the debate should not spend much time reflecting on which system is better or worse. Instead, the debate must seek a different type of progress, leaving behind unsustainable trends of production and consumption patterns. New decisive impulses from the public sector are needed to change some obsolete practices. Impulses that provide new concepts of green growth with new systemic approaches, exploring alternative business models and regulatory frameworks that enable structural changes towards sustainable consumption and production.

Let us take a glance into urban mobility systems taking as an example the Paris Metro. The Paris region is one of the locomotives of the world economy, and a leading hub in social and cultural matters. Urban mobility is demanded in its extreme form. People tend to go underground; it is faster, cheaper, easier and more environmentally-friendly. No less than 16 lines connect 384 stations and travel 216 km. 4.5 million users per day make this urban transport system an essential part that permits the functioning of this city.

RATP is the company that ensures an efficient management of the metro. It takes care of the tons of barriers, ticket vendors at the counters, vending machines and their maintenance, ink and paper tickets as well as printing, cleaning of the tickets outside the station. It takes care of the thousands of tons of aluminum to build nearly airtight barriers, barriers installers, counters, it pays for fees to banks for those who pay in credit card…definitely, the money flows and the GDP is growing.

Everything is paid with just one ticket for one Euro. Of course, economies of scale of 4.5 million passengers a day ensures millions of Euros of revenue. It does not however generate spectacular profits and even generates losses in some years. Nevertheless, systems are not questioned since the focus is on generating economic activity. Thus, RATP ensures an efficient management of money that benefits a large etc of industries including aluminum extrusion companies, computer programmers, and vending machines.

But is it really a win-win situation? Well, everyone wins except the user and the environment, for which the ticketing system derives in high costs. Technology and societal evolution may have made this system obsolete. During the world exposition in Paris in 1900 when the first line opened, pay per use might have made sense, but with time passing by, metros have become an essential part of the economic and social functioning of a city, such as banks in capitalism. Recent strikes in Madrid´s Metro brought further evidence on the vital role the metro plays in the functioning of the city.

Public urban mobility systems are an excellent example to explore de-growth initiatives. For instance, a monthly public transportation fee for Parisian population, independently of being used or not, might contribute substantially to the de-growth and higher well-being of the population. A fee for using the Paris metro would eliminate all the inefficient payment control system. The fee could be paid as other municipal taxes are, e.g. the taxe d’habitation (housing tax), and tourists would pay through the hotel bill similar to the tourist taxes. Thus, this alternative model would release resources for more useful functions – aluminum barriers would be recycled (no waste of energy), the use of machinery, paper, ink, scanning, maintenance, everything would be saved – not only improving impact on the environment, but also raising the welfare of society. In addition, human resources might be available for higher quality jobs.

Hence, car users would be charged by paying the metro tax instead of introducing new urban car taxes in world cities which would in turn demands new costly control mechanisms. Metro users would receive a reward since they do not cause externalities to the same extent as car users do. Many positive externalities might come into effect from time saved by the users to reduce speculative activities in the housing market. Users find a much more comfortable way to pay and costs would be substantially reduced. In addition, a lump sum would allow greater movement – especially for elderly people -, cut travel time, reduce pickpocketing that tourists suffer in front of the machines, and generally improve the attractiveness of the Metro.

As a consequence, de growth initiatives might set the right incentives to increase wellbeing of the inhabitants of a city. It is not about producing more, raise GDP with systems that have peaked, but quite the opposite, revise patterns reducing GDP, release scarce resources, reduce the ecological footprint, and grow there where it is useful and sustainable; in urban mobility systems, and in all other areas.